President Obama has pledged to help Main Street where it is hurting the most. Here's a look at where he's followed through -- and where he hasn't. 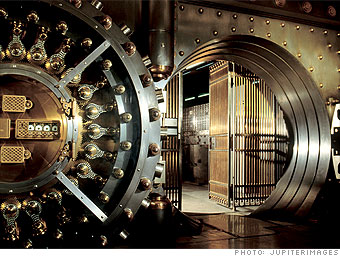 What he said: "That's why we need a Small Business Rescue Plan -- so that we're extending our hand to the shops and restaurants; the start-ups and small firms that create jobs and make our economy grow. Main Street needs relief and you need it now. We won't grow government -- we'll work within the Small Business Administration to keep folks afloat, while providing tax cuts to lift the tide. It's what we did after 9/11, and we were able to get low cost loans out to tens of thousands of small businesses."

What happened: Recent efforts to help small businesses haven't mirrored those implemented in the aftermath of 9/11, but new measures from the stimulus have been productive. Obama's $787 billion stimulus plan includes incentives for banks to make more loans backed by the Small Business Administration. The program temporarily reduces fees associated with those loans and ups the loan guarantees to 90%.

The plan also calls for a new initiative known as "America's Recovery Capital," which allows viable small businesses to receive interest-free loans of up to $35,000 to pay down existing debts.

But lending activity remains down, primarily because banks still see small business loans as a huge risk. (According to one analyst's report, their 2008 failure rate hit almost 12%, compared to 2.4% in 2004.) Banks also hesitate before making SBA-guaranteed loans because they cost a great deal to administer -- regardless of the loan amount -- and because the agency can back out of these guarantees even after banks make the loans.