A campaign in Congress to punish traders for record oil prices reveals a fundamental misunderstanding of how futures markets work. 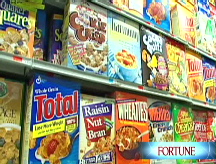 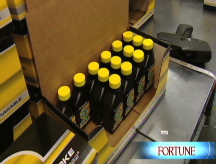 NEW YORK (Fortune) -- "Make no mistake about it," U.S. Rep. Bart Stupak, D-Mich., said Monday while chairing a meeting of the House Energy and Commerce subcommittee on Oversight and Investigations. "Excessive speculation in commodity markets is having a devastating effect at the gas pump that is rippling through our entire economy."

Here's a suggestion: The next time a Congressional committee wants to hold a hearing on how "speculators" are driving up oil prices, each committee member should first be required to demonstrate - preferably in their opening remarks - a basic understanding of the mechanics of futures trading.

Even better, they should be required to explain in detail how it is that investors who never take delivery of a single barrel of crude - and thus never remove a drop of oil from the open market - are causing record high oil prices.

If there were such a requirement, I guarantee we'd never again see a circus like the one Stupak presided over Monday.

"Do I think [Washington politicans] understand the role of futures markets - how they facilitate price discovery and the transference of risk?" asks former U.S. Commodities Futures Trade Commission chief economist Gerald Gay. "No, they're clueless - at least most of them."

If our representatives did understand the oil markets, they'd know that the true telltale sign of a speculative bubble is not rising trading volumes but rising oil inventories. Speculators would be hoarding oil - building up inventories either in anticipation of higher prices or as part of a scheme to drive prices there. Yet according to the Department of Energy, U.S. oil inventories are now at below-average levels. U.S. oil stocks stand at 309 million barrels, versus 330 million in June 2005.

So far, lawmakers have introduced nine different bills targeting oil speculators, though for the most part their prescriptions have been milder than their over-the-top rhetoric .

Bashing futures traders may well be good politics, but it's stupid public policy. By providing a mechanism for locking in prices, the futures market makes it easier for oil companies to make costly investments in new production - which is the key to lowering prices at the pump.

Futures trading also discourages hoarding in an otherwise tight market. Without speculators willing to take the other side of so many futures contracts, oil refiners and other end-users might be inclined to ramp up their spot-market purchases and store more oil as a hedge against further price increases.

And, of course, any increased draw on current supplies would lead to even higher oil and gasoline prices. Indeed, without a futures market, I believe we'd be decrying oil at $200 a barrel oil instead of oil at $135.

What do you think? Are 'speculators' scapegoats?

A more basic misconception in Washington involves what these so-called speculators are really buying. They're not buying oil, they're buying futures, and this is a crucial distinction. A futures contract is an agreement between a buyer and a seller to deliver a set amount of oil - typically 1,000 barrels - at a specific price on a specific date. The value of that contract rises and falls, depending upon market conditions, right up until the date of delivery.

Thing is, the pension funds, index funds, hedge funds and other so-called speculators almost never take delivery of any oil. The typical investment fund will buy, say, the August oil future and then sell it days before it comes due - typically rolling over the proceeds into the next month's contract.

"For speculators to be propping up the price of oil, they somehow have to be taking physical oil off the market," says energy markets expert Craig Pirrong, a finance professor at the University of Houston's Bauer College of Business.

Pirrong points out that when the federal government decided to bolster cheese prices in the 1970s, it did so by purchasing warehouses full of cheese and keeping it off the market. "Well, where's the cheese now?" Pirrong asks. "Where's all the oil that the speculators have held off the market?"

Even if you believe there's no way that oil trading volumes could be soaring without influencing oil prices, remember that influence then has to run two ways.

If an index fund is indirectly driving up spot oil prices every time it buys a future, then the converse must be true, too - there must be an equal and opposite downward push on spot prices every time that future is sold. In other words, futures market critics can't have it both ways.

There's something else politicians conveniently overlook: futures trading requires two to tango. For every investor who is betting oil prices will go up, there also needs to be an investor willing to take the opposite side of that bet.

In the past, there have been times when the overwhelming majority of speculators were "longs" betting on higher prices, while their commercial-trader counterparts - i.e. traders working for oil refiners, airlines, and other end-users of oil - were the "shorts" betting prices would fall.

But as New York Mercantile Exchange Chairman James Newsome explained to Stupak's Congressional committee, today's speculators are evenly split between shorts and longs. Moreover, the percentage of futures contracts held by speculators (as opposed to commercial traders) "actually decreased over the last year," Newsome told the subcommittee, "even at the same time that [oil] prices were increasing."

It's time to find a new scapegoat. My own nominee: Congress. But that's another column.

Your voice: Is Birger right? Tell us what you think.

Oil shale may finally have its moment