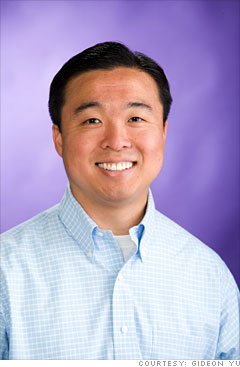 Yu swears he had no idea what was in store for him when he left Yahoo, where he was the treasurer, to join YouTube in Sept. 2006 as that company's chief finance officer. One month later, he found himself negotiating YouTube's sale to Google for an astonishing $1.65 billion. He stayed on with Google for another ten months to help integrate the two outfits before trying his luck at Facebook. "I came to the Valley to be a part of a smaller, entrepreneurial company," says Yu, 36. I didn't want to get lost in a huge company. What attracted me to Facebook were the same things that drew me to YouTube."