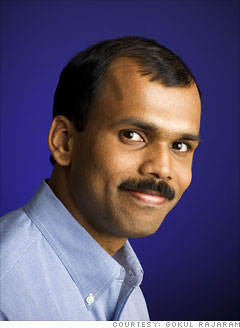 Rajaram, known at Google as one of the godfathers of AdSense, still remembers fondly the night before it launched. His team had been given less than six months to complete the program, and that night he and Google co-founder Sergey Brin spent five hours debugging what would soon become one of Google's biggest cash cows, generating $1.45 billion in the third quarter of 2007 alone. Rajaram, 33, left Google in November to start his own company, Chai Labs. He's keeping mum on what it does, allowing only that the startup is targeting consumers. "Working on AdSense gave me that entrepreneurial itch," he says. "My favorite memories at Google were the early days when I worked with small teams. It was an incredible rush."