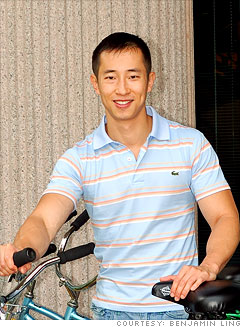 Then: Launched Google Checkout
Now: Director of platform at Facebook

His nickname is Bling and he was one of Larry and Sergey's golden boys - a flashy, fast-talking Stanford computer-science Ph.D. tapped in 2004 to lead the company's e-commerce effort. After developing Google SMS, which delivers searches via cellphone text messages, Ling created the online payment system, Google Checkout. "Taking a team of two people and turning it into a $1 billion initiative in about a year and a half, that was very, very fun," he says. Google's prized engineer made headlines when he decamped to Facebook in October to run its software platform. "I really love Google," says Ling, 31. "I came [to Facebook] because I think this is the next generation for user engagement. From an opportunity perspective, Facebook is unique."

NEXT: Bret Taylor and Jim Norris