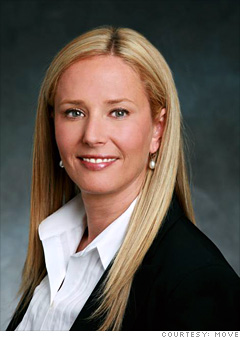 What was the "a-ha moment" that led you into tech?
I was working as a young attorney sitting at a computer terminal in the firm's law library doing research on Lexis-Nexis for the first time using the Internet. Compared to the microfiche files, courthouse physical records, and the enormous volumes of case law I had been forced to travel to access and pore over to do research in the past, using the computer was easy. Using this thing called the Internet rather than manually searching struck me as a genius advancement. That's when I decided I needed to be a part of the world of technology.

What has been your most radical career shift, and how risky was it?
I made two radical shifts. The first was deciding to leave law for technology. Having been raised by two immigrant attorneys who believed the security of a profession was important beyond compare, this was quite radical. Moreover, I was working as an attorney putting my husband through graduate school at the time and had a newborn daughter -- not exactly the optimal time for a big career shift. The second was when I resigned from my job at Hewlett-Packard to start my own Internet consulting business. I had no web experience (few people did at the time as the web was brand new), no contacts in the space and no financial nest egg. I started doing research and business development, flying from my home in Toronto to Silicon Valley to meet with venture capitalists and explain why I was the perfect consultant to help take their startups global. If I hadn't taken what seemed like an enormous risk at the time, I would never have been recruited by eBay to launch eBay Canada.

What technological advance are you most excited about?
I am excited about the DVR and advances in "on demand" entertainment. While these are only the very beginning of the true personalization of entertainment for consumer consumption, they are tremendous pre-cursors to what I believe will become an easy, intuitive, portable, programmable and responsive digital media creation and delivery system.