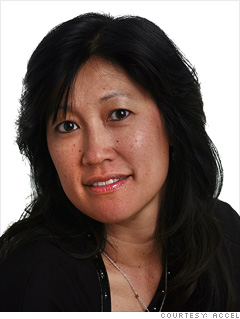 What was the "a-ha moment" that led you into tech?
Downloading Mosaic in the Stanford computer lab in the spring of 1994 with two classmates -- one of whom ended up being the first product manager at Netscape a few weeks later.

What has been your most radical career shift, and how risky was it?
Going from my first job as an engineer at a GM plant outside Buffalo, N.Y. (where I was one of only five female engineers out of 1,000 engineers), to being a partner at Accel, a Silicon Valley venture capital firm, is a pretty major shift. You could say I went from autos and air-conditioning compressors to social networking (Facebook) and online media (Glam). There were many unconventional career moves along the way that allowed this to happen.

What was your toughest day, and what did you learn from it?
Sitting with one of my founders post the 2000 crash, looking at the balance sheet and realizing that we were already a few million dollars in cash deficit and our largest customer had just filed for bankruptcy. Three quarters later, the company was generating a few million dollars in positive cash flow per quarter and was preparing for an IPO. I learned that if you have a founder who cares enough about his "baby" to gut it out and make the tough decisions and cuts, you can make it through a crisis. Sometimes a leap of faith and a lot of hard work really can get you through the toughest situations, if you show enough patience and support the right leader.