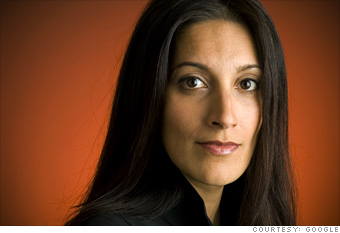 What was the "a-ha moment" that led you into tech?
Technically my a-ha moment came after I'd been in Silicon Valley for six months. After being disappointed in my business development at a startup, I accepted a job as product manager for a database company called Junglee. I wasn't particularly attracted to the specific role or the industry, but the candor, raw intellect, and energy of the founders were highly appealing to me.Within two weeks of joining, everything changed. The company decided to apply its technology to an entirely new category -- e-commerce. The founders asked me to move to this group, get on the phone and start selling e-tailers to help get them on board this new platform.I went on to have a great experience where I was given the chance to be completely entrepreneurial and to have high impact, and to do so with a group of smart, talented folks I respected.The tech sector is characterized by such rapid change, but also by the opportunity to move quickly and nimbly with a team of equally motivated, smart people and figure it out as you go. That's what so energizing about this industry, and I learned that at Junglee.

What has been your most radical career shift, and how risky was it?
I had been working for about five years and was doing well in investment banking, and then in finance and strategy at BSkyB in London. I was promoted by the CEO to work one-on-one with the COO on a variety of projects. It was an incredible opportunity, yet I became restless after a few months, and felt like I wanted to do something more entrepreneurial. I had no idea what it was or where to do it.I ended up quitting my job in the U.K. relatively suddenly, taking six months off to ski and to travel, and then flew to L.A. I bought a car with almost all my cash, drove to San Francisco, and stayed with the parents of a friend until I found my first job in tech.In hindsight, the move was risky in that I gave up all the momentum, relationships and financial security I had built in a certain sector to start from scratch again across the world. However, I also consider it a time of incredible freedom, which helped build my confidence and appetite for future risk-taking.

What was your toughest day, and what did you learn from it?
There are a number of days in my career that I would consider tough. Among them are the days where I feel that I've committed to achieving a particular outcome - for my employees, or for our partners, or for the company - and been unable to fulfill this responsibility to my full ability. When this happens, I risk replaying the situation in my mind, and letting it weigh on me for some time afterward. But there isn't the luxury of time to keep thinking about something over and over. I've learned that after debriefing on the situation and figuring out what I could have done better, I need to let go and move on. The time it takes to deal with a tough situation is one thing; the time it takes to recover from that situation and regain perspective is equally important to one's ability to be productive.

What technological advance are you most excited about?
Cloud computing is something that gets me excited -- both as a technology with wider impact -- and selfishly, for the ways it makes my life easier.The ability to use the Internet to run applications -- from a spreadsheet, to e-mail to video -- is amazingly easy; the idea of never having to buy and download software -- is equally liberating for individuals, small-business owners, even those who may not ever own a PC.Personally, I love never having to print out stack and stacks of papers or worry that I need to guard one particular device which has all my life on it; rather everything I need is literally at my fingertips and I can get to it from any device, anywhere in the world.