The gloves come off 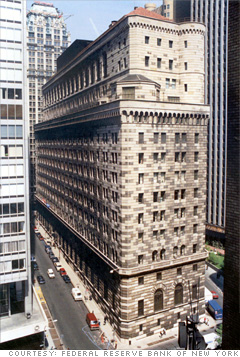 Back at The Fed, tempers started to flare. The assembled bankers were still wrestling with how to value the Lehman real-estate assets that Barclays wanted to leave behind. "It was a question of how much equity we needed to put up," one banker said, "to make the Barclays deal fly." This led to increasing tensions on all sides.

Bankers worked most of the night to put together a term sheet for how they would all agree to support Barclays' acquisition of most of Lehman Brothers. Some banks - such as BNP-Paribas and Bank of New York - were not so sure they wanted to participate, causing Jamie Dimon, the CEO of JPMorgan Chase to admonish them. "You're either in the club or you're not." Read more.