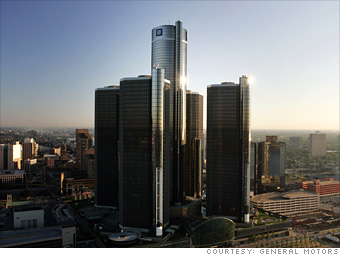 
If the automotive giant, which for many years was the largest U.S.company and reigning king of the Fortune 500, files for bankruptcy, it will be the largest industrial company (and fourth-largest overall) to seek bankruptcy protection in the history of American business. The likely outcome of the reorganization will be the emergence of a new version of the company that holds onto Chevy, Cadillac, Buick and GMC. The remaining, poor-performing brands Pontiac, Saturn, Hummer, Saab and Opel might be held by separate, spun-off companies, sold to foreign manufacturers, or simply closed down. As part of the bailout agreement, the U.S. government will own nearly 72.5% of the new company, with the United Auto Workers owning 17.5%.