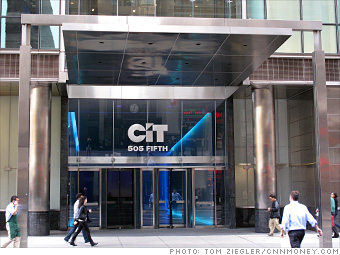 Like many other financial institutions, the New York-based small business lender spent years on a debt-fueled growth binge. But when Lehman Brothers' failure drained the Wall Street liquidity pool, CIT was left high and dry.

The firm hastily won approval to become a bank holding company and took TARP funds, but regulators kept CIT Bank on a short leash. Starved of cash, the firm sought a second federal bailout in July but was rejected -- forcing it to take a $3 billion loan, later expanded to $4.5 billion, from big bondholders.

CIT later dropped its CEO and tried a big debt swap, but it was no use. The century-old company was sunk the day the easy money dried up.