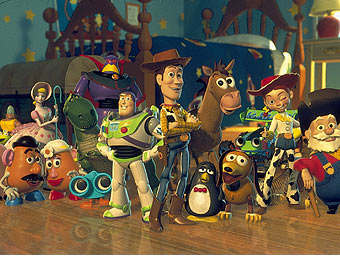 Jan. 24, 2006
Shortly after leaving Apple, Jobs made what would turn out to be the most profitable investment of his life. For $5 million he picked up the collection of computer graphics experts assembled by George Lucas into his Industrial Light and Magic Computer Division and which was renamed Pixar.

Seeing gold in 3D computer rendering, Jobs forced the staff to give up equity in return for his patronage. Then after the success of Toy Story, he engineered an exquisitely timed public offering in 1995 that made him a billionaire for the first time. On Jan. 24, 2006 Jobs sold Pixar to Walt Disney Co. in a deal worth $7.4 billion, in which he ended up with a Disney board seat and the single largest share of Disney stock (7%, worth more than $3 billion).