He may be CEO of the decade, but Jobs' Apple tenure has spanned more than 30 years. Here are the highlights.

Woz and the Apple II 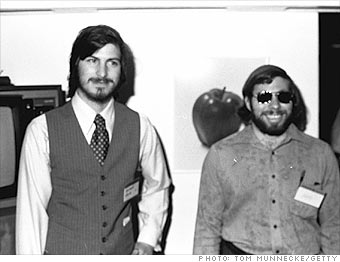 The circuitry and most of the software was Wozniak's work, but it was Jobs who made the key marketing decisions: to create a fully-assembled PC board, to name it after a fruit, to encase it in plastic and give it the look of a kitchen appliance, to invite venture capital funding, to hire a high-power public relations firm, to spend heavily on slick advertising, and to pitch it as a "personal computer."

By the time the last Apple II went out of production in 1993, nearly six million had been sold and Apple had gone public, making the two Steves millionaires many times over.
By Philip Elmer-DeWitt, contributor
NEXT: Big Brother and the Mac
Last updated November 05 2009: 7:49 AM ET
Email | Print | Share  |  RSS