Wall Street: Sell what in May and go away?

In an unusual period on Wall Street, the old seasonal standby doesn't apply. But the opposite might. 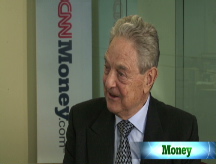 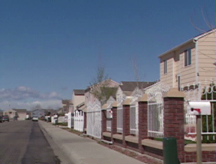 NEW YORK (CNNMoney.com) -- As Wall Street comes to the end of what is often called the 'best six months' of the year, investors may be feeling cheated. And concerned. If that was the market at its best, what does the market at its worst look like?

April was a strong end to an otherwise wretched six months in which the Dow industrials lost 8%. That's the worst 'best six months' performance for stocks since 1973, when the Dow fell 12.5% between Nov. 1 and April 30, amid an OPEC oil embargo, according to the Stock Trader's Almanac.

And if market indicators hold up, May through October could be a tough period, as per the old Wall Street saw 'sell in May and go away.' But in an unusually difficult year in which the housing and credit crises have sent the economy into a tailspin, the old indicators may not apply.

That's because the Federal Reserve's seven-month old campaign of cutting interest rates and injecting billions into the banking system has halted fears of the financial system seizing up, he said.

The Fed, on Wednesday, cut interest rates by a quarter-percentage point to 2% and signaled it may take a breather from its rate-cutting campaign.

Also, the forward-looking stock market may be on the verge of anticipating the start of an economic recovery, despite weak first-quarter growth.

Stocks typically start anticipating a recovery around halfway through an economic slowdown, Altabef said. If the current slowdown began sometime in the fourth quarter of last year, stocks could start turning up any time in the next few months.

"The calendar is reversed this year," said Donald Selkin, director of research at National Securities. "We're not going to see a runaway rally, but we could do better than usual."

Also working in the market's favor: 2008 is an election year and the Dow has risen in 9 of the last 11 election years, as per the Almanac. Election year rallies tend to start in the second half of the year, furthering the notion that you may not need to 'sell in May' this year after all.

Why sell in May?

The old 'sell in May' strategy says that if you invest in the S&P 500 or the Dow industrials during the 'best six months' (November through April) and then switch into bonds during the 'worst six months' (May through October), you'll end up with better returns than if you did the reverse. The strategy doesn't always work, but has been one of the more reliable indicators going back to 1950.

May through October tend to be sketchy: first-quarter results are over, the summer doldrums have set in and fall generally brings a period of portfolio housekeeping.

This year is an anomaly. April was the only one of the 'best' months to see gains.

Because the stock market is forward looking, that means it was already pricing in the economic slowdown and the systemic risk to the financial system at the end of 2007.

The calendar flip-flopped five years ago, during another period of great uncertainty. October 2002 through March 2003 was bumpy at best, driven by questions over if and when there would be war in Iraq. As the war drew nearer, stocks began to rally. The Dow gained 15.6% in the 'worst six months' period eventually leading to a multi-year bull market.

A true rally may be a ways off but the markets are now starting to benefit from a lifting of some of that fog regarding the breadth of the crises, said Joe Clark, chief investment officer at Financial Enhancement Group. .

Months of monetary injections, the announcement of a $170 billion fiscal stimulus plan and the "rescue" of Bear Stearns have started reshaping that perception.

"There is a mind boggling amount of cash on the sidelines that at some point will flood the market," said Robert Loest, portfolio manager at Integrity Funds, "When that happens, it's Katie bar the door."

A good entry point might be summer, when the second-quarter earnings will be known and the impact of the fiscal and monetary stimulus will be clearer. The third quarter could also see some strong buying if the Federal Reserve signals it thinks the economy is stabilizing.