The world's largest oil producer, worried the escalating cost of crude will dampen demand, is convening a special meeting on Sunday to seek solutions. 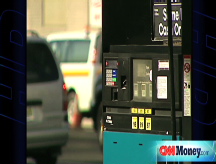 NEW YORK (CNNMoney.com) -- Saudi Arabia this weekend will convene a special summit on oil prices that could lead to cheaper crude on the world market.

But a Saudi decision to produce more crude likely won't come without a demand: The Kingdom is expected to press the U.S. government to impose greater controls on oil trading and take steps to strengthen the dollar.

The world's largest oil producer, stepping out of its usual role as de facto leader of OPEC, will host representatives of big oil producing nations, consumer countries and companies.

The Saudis are widely believed to be concerned that escalating oil prices - crude hovered around $134 a barrel Thursday, nearly double what it cost a year ago - will cause a permanent drop in demand as consumers get more efficient or, worse, the global economy slows.

One sign of the Saudi anxiety: The country's oil production decisions, usually left to its oil minister, appear to have been put back in the hands the Royal Family, according to Antoine Halff, deputy head of research at brokerage firm Newedge.

As a group, OPEC has been reluctant to raise production. Several states, enjoying the record prices, maintain there is no shortage of crude. It's a line the Saudis also touted - until recently.

Saudi Arabia now says it will pump more. The Kingdom, during a recent visit by President Bush, pledged to increase production by 300,000. Last week, they said they would boost it by another 200,000 barrels.

Those numbers are not set in stone, and Sunday's meeting may produce more details on the planned increases.

The Saudis will also seek to convince refineries and others to keep buying.

Recently, refiners worldwide have cut back in light of record prices. But that has only led to a drop in crude inventories - further pushing up the price of oil.

To inject more oil into the market, Halff said the Saudis may use the meeting to arrange for special deals with refiners and others that could bring crude to market at below-market prices. The exact nature of the deals, he noted, will probably never be disclosed.

At the very least, traders will be watching the Sunday meeting to see if those announced production increases fall closer to the 500,000 or 800,000 barrel a day mark.

The meeting holds high stakes for both Saudi Arabia and the United States. If prices don't respond, the country's credibility will suffer, and with it any notion that someone has control over these record oil prices.

"Riyadh is seen as running out of options to regain control of the market," said Halff. "Failure to do so, it is assumed, could cause prices to leap even higher."

The Saudis will also expect something from consumer nations in return.

The Kingdom has long held that oil markets are well supplied, and that speculative investing is the real culprit behind high prices.

To that end, the Saudis will likely seek more oversight of oil markets, and perhaps even limits on the amount of contracts speculators can hold.

That's something consuming counties may give them. Several proposals along those lines have bipartisan support in Congress.

More difficult to deliver, and probably more important to the Saudis, is a stronger dollar.

Like the currencies of many countries in the Middle East, the Saudi riyal is pegged to the U.S. dollar - it rises and falls with the greenback.

But while lower interest rates - and hence a lower dollar - may be what the U.S. economy needs to snap out of its slump, they have been disastrous for the red-hot Saudi economy. Inflation in Saudi Arabia has doubled in the last year and is projected to surge even higher.

"I think [Saudi Arabia] wants something from the West, particularly the U.S. ... a stronger monetary policy," Nauman Barakat, an energy trader at Macquarie Futures, wrote in a research note.

That will be hard to get.

The Federal Reserve is unlikely to raise interest rates anytime soon. And any other move by the U.S. government is likely to have little effect on the free-trading dollar.