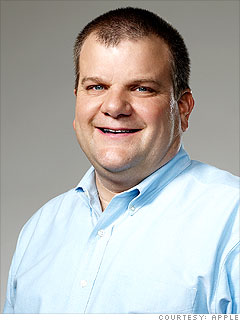 Mansfield has an important job: he heads the team that has delivered "dozens of breakthrough products," according to his official bio, from the iMac to the Macbook Air. But he didn't actually head the team when most of those breakthroughs were made. After stints at two companies specializing in 3D graphics chips, SGI and Raycer Graphics, he came to Cupertino in 1999 when Apple acquired Raycer. He was part of the troika that took over Mac engineering after the messy dismissal of Tim Bucher in 2004 and was formally put in charge of the division only last month. Unlike most senior VPs at Apple, he answers to Tim Cook, not Steve Jobs.