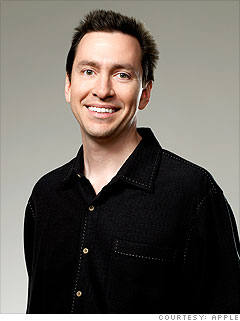 A veteran of NeXT, where he helped build the operating system that became OS X, Forstall came to Apple with Jobs in 1997. After proving himself by managing the team that released OS X Leopard, he was put in charge of software for the iPhone. "I actually have a photographer's loupe that I use to make sure every pixel is right," he told Time. "We will argue over literally a single pixel." His profile was raised by public appearances at Apple's Worldwide Developers Conference (WWDC) in 2006 and the March '08 SDK announcement. In an executive shakeup three days before WWDC 2008, he was elevated to senior vice president, reporting directly to Jobs. "Forstall is the man if SJ gets to pick [his successor]," says 9to5Mac's Cleve Nettles.