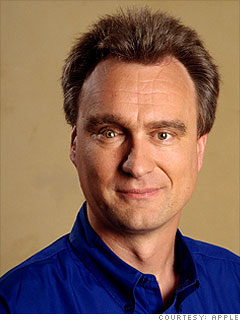 One of only two members of Apple's executive team for whom English is a second language -- Fake Steve Jobs calls him a "friendly cyborg" from another planet, but he's actually from France -- Serlet came to Apple from Xerox PARC and NeXT, where he developed the workspace manager in NEXTSTEP and OPENSTEP. Having help port the NeXT operating system to Mac OS X, he took over Avie Tevanian's software engineering post in 2003. Serlet is credited with leading development of 10.4 and 10.5 versions of OS X, but he's most famous among Apple fans for his "Redmond, start your copiers" performance at WWDC 2006 -- available on YouTube -- pointing out similarities between OS X and Windows Vista.