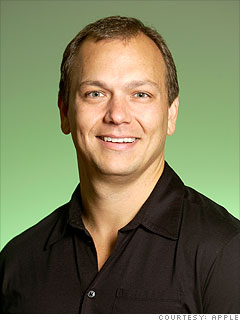 With his American swagger and his hair bleached white, Fadell stood out at button-down Philips Electronics, where he led an in-house pirate operation designing Windows CE-based devices. It was there that he came up with the idea of marrying a Napster-like music store with a hard drive-based MP3 player. He shopped the concept around the Valley before Apple's Jon Rubinstein snapped it up and put Fadell in charge of the engineering team that built the first iPod. Ambitious and charismatic (and no longer a bleached blond), he now runs the hardware division that makes two of Apple's three key product lines: the iPod and the iPhone.