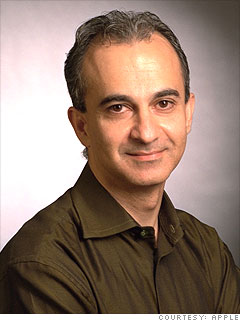 The other non-native member of the team (he's Iranian), and yet another veteran of NeXT, he came to Apple with Jobs' return in September 1997. Although he's held several top positions at Apple -- including vice president and general manager of the Newton Group -- and reports directly to Jobs, Tamaddon probably has a lower profile than anybody else on the executive team. He's the only member without an bio on Apple's official web page, and as this went to press, the question "Where did Sina Tamaddon go to school" had still not elicited any replies on WikiAnswers.