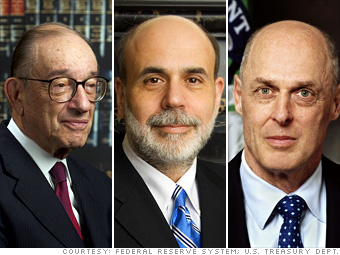 
Greenspan's legacy is tarnished by his decision to keep interest rates low while watching the housing bubble expand. Bernanke predicted this February that the economy and markets would be fine, after saying in 2005 that housing prices would see "a moderate cooling," but not a collapse. And just days before recommending radical measures to get money to Fannie Mae and Freddie Mac, Paulson said they were adequately capitalized.

NEXT: The Bridge Player