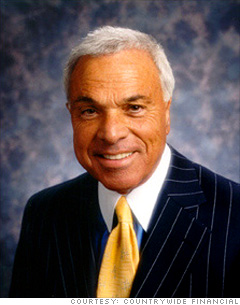 Mozilo presented Countrywide as a humble servant of homeowners. But as loan production soared during the housing boom, underwriting standards tumbled. Now, following the bank's fire sale to Bank of America, Countrywide's relationship with its borrowers is taking on a different cast. California Attorney General Jerry Brown recently accused Countrywide of having "exploited the American dream of homeownership" by "producing ever-increasing streams of debt without regard for borrowers."

Mozilo, once a regular on the business TV channels, has been less visible lately. Last year he offered a tart response to critics. "Remember, we didn't reach out to home buyers," he said. "They came to us."