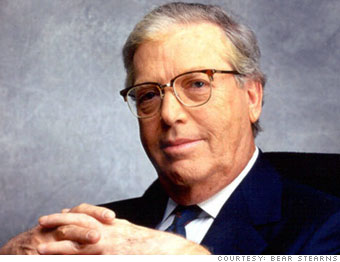 The implosion of two Bear mortgage-related hedge funds in the summer of 2007 marked the beginning of the debt crisis.

Cayne, a championship bridge player, didn't play a very good hand in the months that followed, eventually stepping aside only to watch as a loss of confidence by investors and lenders took down his overleveraged firm and forced its shotgun marriage to JPMorgan Chase. Bear Stearns' demise cost Cayne $1 billion.