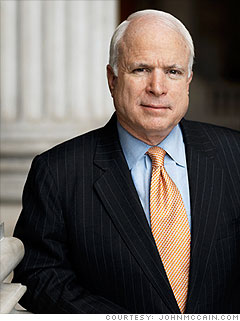 Maybe we should have seen this coming: In late 2007, McCain admits "the issue of economics is not something I've understood as well as I should," adding, "I've got Greenspan's book." -- By Nina Easton, Fortune Washington editor