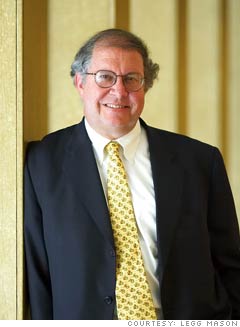 Bill Miller, chief investment officer at Legg Mason Capital Management
The Legg Mason manager famously beat the market 15 years in a row, but now the market is returning the favor - with a vengeance.

Miller's problems stem mostly from big bets on beaten-down financial companies earlier this year, many of which then got even more beaten down. Among the biggest losers for Miller were Bear Stearns, AIG and Freddie Mac - in which Miller had amassed an 8% stake on the eve of its government takeover in September. -- By Colin Barr, Fortune senior writer