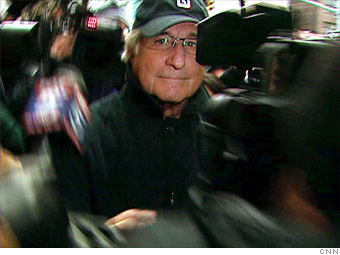 Bernard L. Madoff, alleged swindler
Leave it to the markets to do the SEC's job for it. It took plunging stocks to bring to light the largest Ponzi scheme in U.S. history - an estimated $50 billion fraud orchestrated by Bernard L. Madoff, one of Wall Street's best-known money managers.

The scheme - in which money from new investors is disguised as market returns for early investors - allegedly goes on for decades before Madoff effectively turns himself in in early December.

As news reports reveal that the Securities and Exchange Commission had probed Madoff and his New York City investment firm over the years, chief Christopher Cox cops to the embarrassing screw-up: "I am gravely concerned by the apparent multiple failures over at least a decade to thoroughly investigate these allegations." -- By Colin Barr, Fortune senior writer