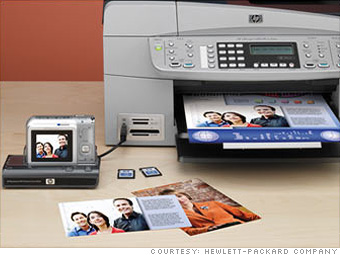 • 2009 Fortune 500: Top 50
Fortune rank: 10
2008 profit: $8.33 Billion
HP continued cutting costs and growing its lead in the PC market in 2008 with hip offerings like its Pavilion series. Profits rose 15% to $8.3 billion as HP passed IBM in sales for the second year.
Led by CEO Mark Hurd, HP acquired IT outsourcing firm Electronic Data Systems for $13 billion and announced it would cut more than 24,000 jobs in the next three years.