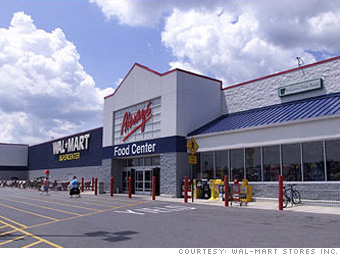 • 2009 Fortune 500: Top 50
Fortune rank: 5
2008 profit: $13.40 Billion
The combination of Wal-Mart's roll-back prices and consumers hurt by the highest unemployment rates since 1993 drove profits up 5% at the world's biggest retailer.
The company's stock returned 18% in 2008, making it the top performer in the Dow Jones Industrial Average. Wal-Mart looks poised to benefit from a lingering recession in 2009, recently revamped stores and hundreds of grocery products in its Great Value line.