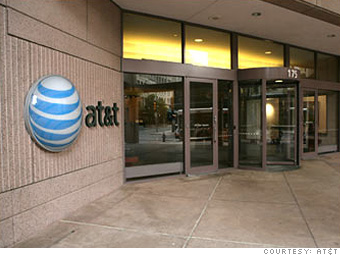 • 2009 Fortune 500: Top 50
Fortune rank: 7
2008 profit: $12.87 Billion
Exclusive contracts for smartphones like Apple's iPhone and Blackberry's Bold led to 8% profit growth at the country's No. 2 wireless carrier.
AT&T had twice as many smartphones in service than its competitors in 2008. Expensive data plans for the phones grew the company's wireless business revenue by 53% to $10.5 billion.