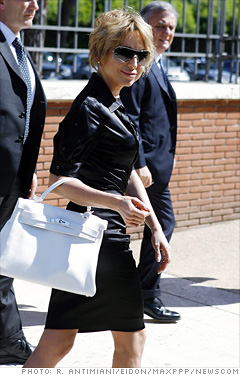 Revenues were flat in 2008, but net profit fell 64.2% to $191 million. Particularly hard hit was Mondadori, Fininvest's publishing arm, which produces Grazia, Italy's first women's magazine launched in 1938.
The company divested 80% of its printing business in 2008, and Berlusconi is scrambling to build a larger web presence.

She also sits on the boards of Mediaset S.p.A., the television holding company of Fininvest, and Mediobanca, a leading investment bank in Italy.