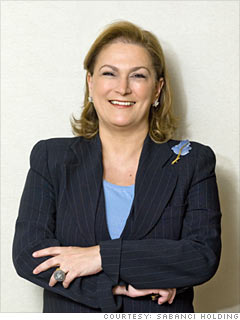 Chairman and managing director
Sabanci Holding
2008 rank: 9
Country: Turkey
Amidst a stagnating Turkish economy, visionary Sabanci, 54, continued to invest in energy and retail, spurring Sabanci Holding to a 23% increase in profits to $919 million in 2008, with sales up 8% to $15.3 billion.