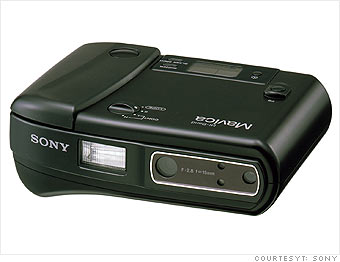 • Sony: Lost in transformation
Looking to define a new market, Sony announced in 1981 that it had developed the first electronic camera -- a predecessor of today's digital camera -- and promised the "Mavica" would arrive in stores by 1983. But Sony did not deliver its first consumer-ready Mavica to Japan until 1988, provoking critics to dismiss Sony's original announcement as a publicity stunt devised to maintain its reputation for innovation and to boost its stock price.

When the Mavica reached the United States the following year, it found few takers. Its lackluster photo quality didn't justify the initial $650 price tag, and while the Mavica's photos could be viewed on a television screen -- along with user-recorded sound bites -- this novel feature required consumers to purchase an additional $230 adaptor.