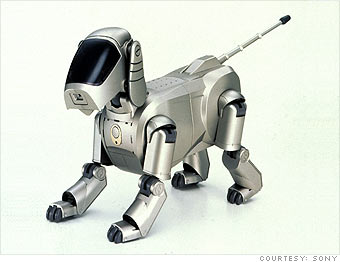 • Sony: Lost in transformation
Sony bred its first robotic dog, Aibo, in 1999, hoping the small pup would enchant consumers excited to interact with artificial intelligence. And at first, it did, selling all 3,000 available units in 20 minutes during its launch on the Web.

For $2,500, owners could experience the joys of owning a pet dog without many of the inconveniences -- such as cleaning up after it -- and teach (or program) their electronic dogs to perform a variety of tricks, like fetching a ball or competing in robotic soccer at the annual international RoboCup. But interest fizzled as more affordable robots entered the market, and ultimately, Sony neutered its Aibo production facilities in 2006.