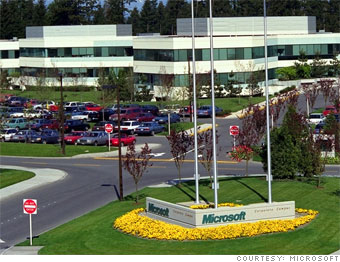 Loss: $390 billion
Peak market cap: $642 billion (September 2000)
Recent market cap: $252 billion
Ticker: MSFT
Microsoft remains the second-biggest U.S. company by market capitalization (after Exxon Mobil), in spite of the sharp decline of its stock. Microsoft has slumped even though it, like Intel, has spent tens of billions of dollars to buy back shares. Microsoft said in the fall of 2008 it had spent $115 billion over five years on stock repurchases and dividends -- a period during which the stock was flat, even with the company's bid.