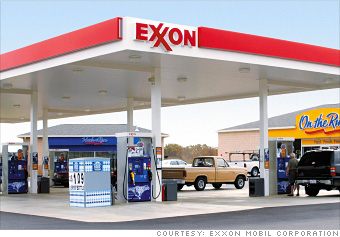 Loss: $192 billion
Peak market cap: $509 billion (December 2007)
Recent market cap: $317 billion
Ticker: XOM
Exxon Mobil has been the most valuable U.S. company since 2006, when it passed GE, and it hasn't suffered a decline as large as the big tech companies did earlier this decade. Even so, the company's value has shrunk dramatically. Its shares have dropped along with the market and management has reduced the share count via aggressive buybacks.