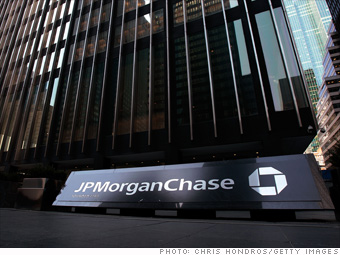 Even more impressive: The financial services stalwart never posted a quarterly loss during the financial crisis. J.P. Morgan's investment bank drove the rise in profits. It earned lucrative fees advising companies on 322 mergers and acquisitions -- tops for the industry -- as it raised capital for businesses amid the credit crunch.