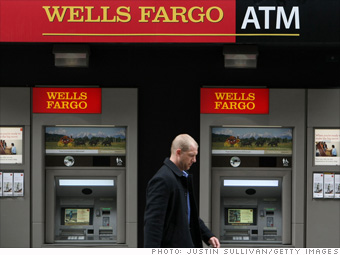 • 2010 Fortune 500: Top 50
Fortune 500 rank: 19
2009 profit: $12.3 billion
At the height of the financial meltdown, Wells Fargo doubled in size by acquiring Wachovia. It was then seen as a pretty risky move -- Wachovia held a huge portfolio of adjustable-rate mortgages and other bad loans.

But more than a year later, industry watchers are praising the move that helped Wells more than quadruple its bottom line last year. The bank turned a profit in each quarter of 2009 as credit losses and merger costs declined, as it added hundreds of billions of dollars in new loans.