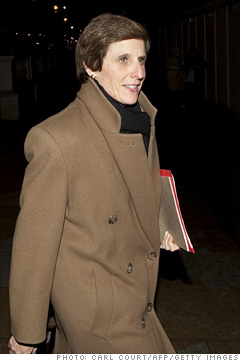 Kraft CEO Irene Rosenfeld may never enjoy a Cadbury Creme Egg again. Her company's hostile takeover of the British food maker has become a full-time headache for the thirty-year veteran of the food and beverage industry.

When it approached Cadbury, Kraft vowed to keep open a Bristol, England plant that was slated to be shut down -- but it changed its mind after the merger. Now a British parliamentary committee is investigating Kraft's behavior during the sale (all this after the top shareholder Warren Buffett said he didn't support the takeover). Rosenfeld has kept a low profile throughout the struggle, prompting ire from the committee -- at a recent hearing, one member snapped, "Where's Irene?"

On the bright side: Kraft's fourth-quarter profits quadrupled. And Rosenfeld maintains that the integration of Cadbury will add 5 cents per share to net income by 2011 -- her fifth year as CEO.