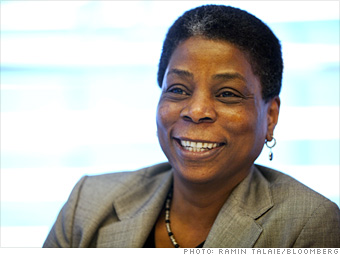 Ursula Burns spent three decades at Xerox before taking over the top spot from Anne Mulcahy and setting two precedents: She's the first African-American woman to serve as CEO of a Fortune 500 company, and she's the first female CEO on the 500 to replace another female chief.

But Burns hasn't had much time to sit around reflecting on her accomplishments. She has to guide Xerox through a recession and a time of flux in the printing business.

With the global credit crunch crushing businesses worldwide, Xerox's developing-markets revenue fell by a third in 2009. And as workplaces everywhere shelved new-printer aspirations as a cost-cutting measure, sales dropped. Burns has promised to cope through cost-cutting measures of her own -- at least 2,500 more Xerox jobs will be eliminated this year.