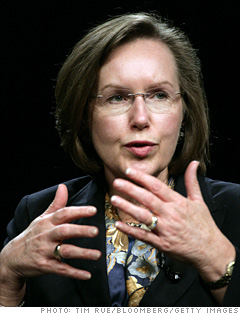 The first woman to run a U.S. oil giant, Lynn Elsenhans is shaking things up at Sunoco by launching a radical overhaul of the company's strategy.

Under Elsenhans, Sunoco has become the first American oil refiner to close a major U.S. refinery: its plant in Westville, N.J. She also led the sale of the company's polypropylene business (known as Sunoco chemicals). Now, Elsenhans, who formerly ran Shell's refining and chemical operations, wants to focus on Sunoco's coke business, profits from which nearly tripled in 2009.

The shift comes not a moment too soon: Sunoco has fallen short of earnings expectations three quarters out of four in 2009.