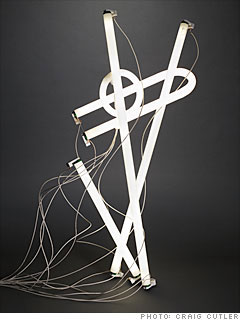 Myth: Fluorescent bulbs are bad since they contain mercury.

Reality: Yes, but not using them will pour even more mercury into our ecosystem.

Low-energy compact fluorescent light bulbs (CFLs) contain mercury, which is why some consumers understandably haven't made the switch from incandescent ones.

"But if you care about mercury -- and you should," says John Rogers, an energy analyst with the Union of Concerned Scientists, "the best thing is to cut down on your electricity, and CFLs are a great way to do that." (The leading source of mercury emissions in the U.S. is coal-fired power plants.)

Considering that CFLs consume up to 75% less electricity than traditional light bulbs, using them decreases the mercury in the atmosphere. According to Energy Star, a 60-watt incandescent bulb adds 5.8 milligrams of mercury into the environment over its lifetime, vs. 1.8 milligrams for a comparable CFL. -- Ellen Florian