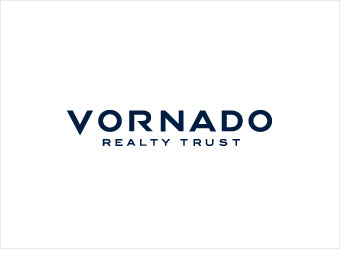 Vornado, says Barclays Capital analyst Ross Smotrich, is one of the few real estate investment trusts (REITs) that can grow in the next year or two, through both its existing portfolio and acquisitions.

"The next 12 months are a unique opportunity for commercial real estate," says Dennis Yeskey, a managing director and restructuring specialist in Alix Partners' real estate practice. "No doubt there will be more losses, write-downs, rent declines, and bank failures. On the other hand, we haven't built anything new other than condos. If you have cash and cost controls, can roll your debt, and have great management, this downturn is a once-in-a-lifetime investment opportunity."

Thanks to a stable portfolio of buildings and billions in cash, Vornado is poised to take advantage of the slump.

For starters, its core investments have held up remarkably well and look as if they will continue to do so, thanks to Vornado's large and diverse portfolio, which reduces the chance that any one tenant could drag down Vornado's results.

Its top five tenants make up less than 13% of annualized revenue, according to Morningstar. Vornado owns office portfolios in Washington, D.C. (the federal government is a reliable tenant that accounts for 6.8% of Vornado's revenue), and New York City, as well as 163 retail properties in the U.S. and Puerto Rico, and the Merchandise Mart in Chicago.

Vornado posted profits in all segments in its most recent quarter and exceeded analysts' expectations. Its balance sheet grew stronger after the company paid down a line of credit this year. It now has about $3 billion in cash and $1.5 billion in credit capacity that it can use to fund deals.

And in contrast to some competitors, its debt burden is more than manageable. Vornado has about $1.2 billion due by the end of 2010. That represents 10% of Vornado's total debt, and analysts think that it will have no trouble refinancing.

The stock is trading at $65, a far cry from its $134 peak during the real estate bubble. That puts it at 14 times 2010 earnings estimates, below the S&P average. Earnings are expected to grow 30% in 2010, according to Morningstar, and 5.5% annually over the next five years; the shares pay a 4.1% dividend yield.

"Vornado should trade at a premium," argued Smotrich in a recent report. Noting that its "core property operations continue to hold up well," he cited Vornado's "liquidity," "proven access to capital," and its "opportunistic focus" as reasons for the stock to command a higher value.

The greatest risk for Vornado would be a decline in its New York City holdings, which make up a third of its income, according to a recent analyst note by John Perry at Deutsche Bank. But that doesn't seem to be happening so far.

In Vornado's most recent quarter, occupancy in the Big Apple remained strong at 96% -- a surprise to analysts who expected more deterioration in that market. And with its New York base relatively solid, Vornado will be able to pounce on a large selection of bargains.