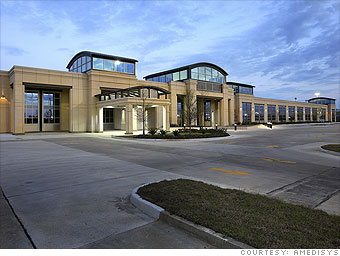 Amedisys was no exception. Its shares slid by 9% this year even as its profits grew 63% in the first three quarters of 2009. This despite the fact that its business -- providing nurses for patients in their own homes and running hospices -- is part of a sector projected to nearly double to $51 billion by 2016.

Investors were spooked by Amedisys's reliance on Medicare reimbursements, which provided nearly 90% of the company's revenue last year and are likely to be reduced in any version of health-care reform.

The company's gaudy 32%-a-year earnings growth over the past five years should ease to a modest 3% increase next year.

But the shares have been unduly punished: After trading at around 18 times earnings over the past five years, the stock has been pounded, reducing its P/E to 7.4.

"There will be a huge increase in the stock price just by resolving the uncertainty," says Mustafa Sagun, chief investment officer at Principal Global Investors, one of Amedisys's largest shareholders. "The market is trading as if earnings will be cut in half."

Moreover, the fear is based on the worst-case scenario in the House of Representatives' bill, says Michael Wiederhorn, an Oppenheimer analyst, and those provisions are likely to be moderated after the Senate gets its say; Medicare cuts for providers like Amedisys may even be delayed because home care costs less than hospital stays.

With an aging population ever more in need of its services, Amedisys seems poised to thrive, and its shares should recover, no matter what happens in Congress.