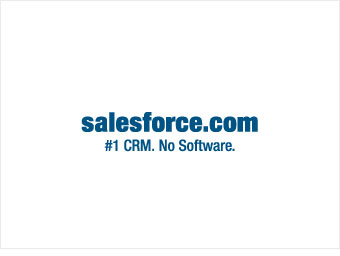 • Consider bonds, but forget Treasuries
Ticker: CRM
Market cap: $8.1 billion
2008 revenue: $1.1 billion
P/E ratio: 75*
Dividend yield: none
The popularity of "software as a service" is white-hot these days, and no provider is more identified with the business of renting software via the Internet (rather than selling and installing it on a company's servers) than Salesforce.com.

In part that's a tribute to the promotional powers of founder Marc Benioff. But it also stems from the fact that its products are widely viewed as appealing and easy to use.

Salesforce.com has lured in giant clients, including American Express, Avon, and Motorola. And the once-tiny outfit signed up 4,700 new customers during the last quarter, raising its total to 67,900.

"Salesforce is gaining against software companies like Oracle, Microsoft, and SAP because it is so much cheaper to use software in a cloud than to pay for a seven- or eight-figure software licensing deal," says longtime tech bull Ryan Jacob, who runs Jacob Asset Management and whose fund owns shares of the stock.

"Not only is that cost-benefit [equation] great in a weak economy," he says, "but as more companies use Salesforce and other software-as-service providers, this will become the standard model for companies with business software needs."

Salesforce is nobody's idea of a value play. It's a classic high-growth, high-price stock for those who want to buy into the premier player in an escalating tech trend.

Salesforce recently reported blowout third-quarter earnings, including revenue that jumped 20% and earnings that doubled from a year ago. Wall Street analysts anticipate annual earnings growth of about 16% for the next two years. The company has more than $1 billion in cash, or about $8.50 in cash per share.

But one metric slipped, and that worried investors: Deferred revenue, a measure of subscription fees booked for coming quarters, was down a bit from the previous quarter (though it has still risen this year).

Some shareholders took that as a sign that the company can't maintain its growth rate, and the stock slid 6%. It still commands a posh P/E of 75 -- but that's not outlandish for a tech stock. Some money managers say the recent slip helped reduce unrealistically high performance expectations for the company.

Michael Nemeroff, an analyst at Wedbush Securities, is comfortable with the stock's valuation. "Salesforce books expenses for getting a new customer upfront, and then recognizes the revenue from that new business over one to three years."

The result: Earnings are depressed in the near-term and then jump later. And Nemeroff expects reliable growth. "There are few companies where you saw growth in revenues and profit margins over the last year, and Salesforce was one of them."