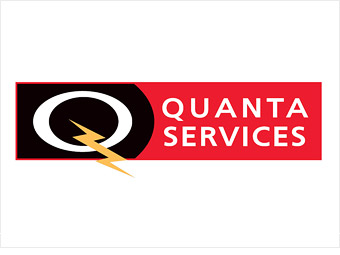 Quanta is the largest contractor in the U.S. electric power market. It specializes in constructing and maintaining high-voltage electrical transmission lines.

As utilities with shrinking workforces increasingly outsource projects, Quanta's revenue more than doubled in the past four years.

"Quanta is a play on the reliability of the system," says Charles Ober, longtime manager of T. Rowe Price's New Era Fund, which bought Quanta shares this year.

J.P. Morgan analyst Scott Levine says now is a buying opportunity. Spending on transmission projects is forecast to nearly double from 2008 to 2012, and many of those deals are being negotiated in 2010.

"Transmission is the best bet in the near-term," says Levine, who thinks Quanta is positioned to win big contracts in 2010.

Shares fell to $16 in February after utilities delayed spending amid the credit crisis and have since rebounded to $20.

But at 19 times forward earnings, the stock trades well below its five-year average of 27 times earnings, since investors still worry that Quanta's work might be delayed even longer. Analysts predict earnings per share will increase by 30% next year.

The long-term future looks even more promising. In addition to grid spending, which the Brattle Group, a research firm, estimates will total $1.5 trillion to $2 trillion between now and 2030, Quanta will prosper as its transmission lines carry electricity from renewable energy projects like wind and solar farms.

Buoyed by the government's stimulus loan guarantee program for renewable projects, Quanta expects such sales to nearly triple to $300 million in 2010.

"We haven't been as bullish on the natural-gas market as we are today," he says. "That's going to spur growth over the next several years."