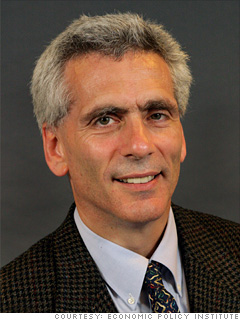 Bernstein, the director of the Living Standards Program at the Economic Policy Institute, described Obama's emergency economic policy plan to the press in August. His areas of expertise include economic inequality, employment and international trade.

Before assuming a more public role as an Obama surrogate, Bernstein published a letter in the Huffington Post asking the candidate to follow through on universal healthcare and infrastructure investments. The progressive economist supports Obama's decision to raise the capital gains tax, arguing that a hike would not affect the market in the long term. Back in February, Bernstein voiced a favorable opinion of Hillary Clinton's call for a trade moratorium; he supports adding greater protective measures for American workers to trade agreements.