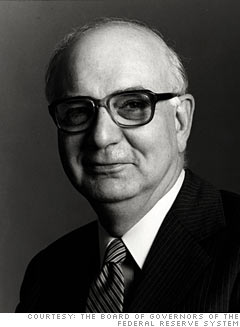 Volcker had a hand in Obama's Cooper Union speech condemning the failure to "guard against practices that all too often rewarded financial manipulation."

The former chairman of the Federal Reserve, who served from 1979 until 1987 during the Carter and Reagan administrations, has been critical of the central bank's 2008 policies.

In a speech at the Economic Club of New York in April, Volcker said the Fed had taken "actions that extend to the very edge of its lawful and implied powers, transcending certain long-embedded central banking principles and practices."