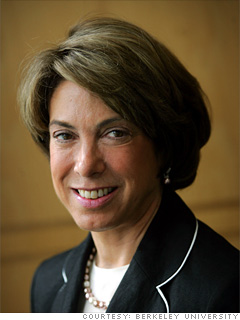 Another alum of Bill Clinton's administration, Tyson chaired the Council of Economic Advisors and served as director of the National Economic Council. She currently teaches business at UC Berkeley, where she studies trade policy, the global economy and emerging markets.

Back in February, Tyson publicly backed Hillary Clinton's healthcare plan, arguing that Obama's proposal wouldn't lead to enrollment. But she agrees with Obama's drive to cut taxes for the middle class, and has supported the notion of expanding government spending in response to the economic crisis.