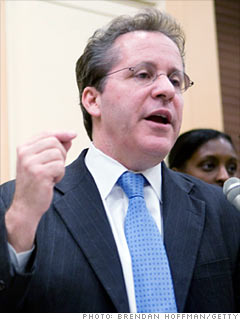 When Obama brought Sperling into the fold, he showed that he would reach out to former adversaries - Sperling, a senior fellow at the Center for American Progress who had served in the National Economic Council under President Clinton, was Senator Hillary Clinton's economic advisor during the primaries.

Once Clinton conceded, however, Sperling started batting for team Obama, where he advocates bottom-up energy reform and government spending as a recession salve. The advisor may also play a role in developing the new president's education policy, as he has published frequently on the issue. Sperling wrote a book three years ago, "The Pro-Growth Progressive", that promoted a moderate, free-market approach to implementing social change.