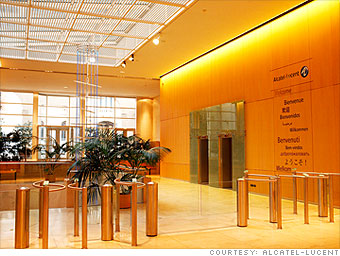 •  See more Global 500 data for Alcatel-Lucent
• Global 500: See the full list
Global 500 rank: 360
2008 loss ($ millions): 7,633*
Ticker: ALU
The French telecommunications company has suffered from a string of consecutive quarterly losses. The business has lost billions since the merger of Alcatel with New Jersey-based Lucent in 2006, and management has admitted the two companies have struggled to mesh.

But the problems in the sector are not isolated to Alcatel-Lucent. The entire industry has seen a softening in demand from its major client group of wireless network operators, which has resulted in others in the business filing for bankruptcy. The company has had to eliminate thousands of jobs, and says it expects the sector to remain flat, if not see a slight decline, this year.